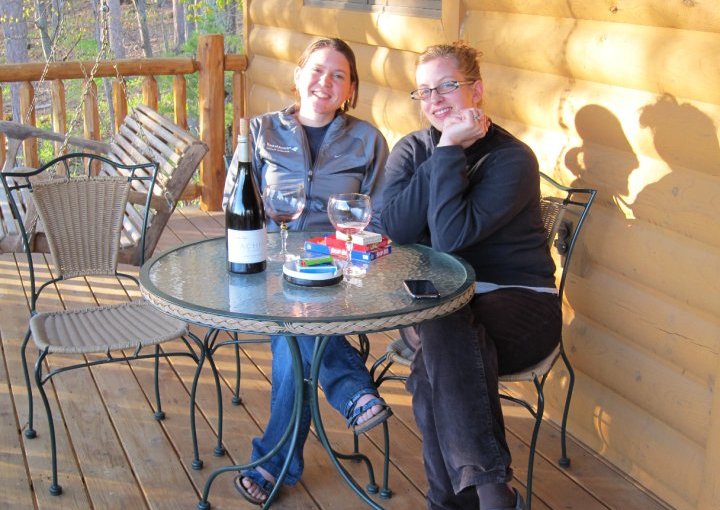 There’s something so reassuring about having coffee with your best friend.

Even more so, perhaps, when you only get to see her every once in awhile.

Erin and I have been friends since 7th grade.  I was still in braces.  Now, there are plenty of people I knew when I was in braces that I couldn’t give two hoots about now, and vice-versa, I’m sure, but not this one.  Erin’s a keeper.  She moved away when we were 14, and we kept in touch by letter-writing.  We’ve remained pen pals all this time, and enjoyed a brief couple of years when we lived in the same area again.

For the past two years, Erin’s been serving in the Peace Corps in West Africa (I still can’t believe she’s using all that French we learned in high school).  So it’s been awhile since I’ve seen her, and the six weeks or so that it takes to get a letter to Benin makes it difficult to keep in touch.  While in Chicago for a couple weeks on a leave/vacation from her service, we managed to squeeze in a coffee.

Not much has changed… our triumphs and our failures are just bigger now.

There’s something to be said about catching up with a person who knows you – Like, KNOWS you – the kind of person who’s known you since you had braces.  That’s the friendship in which years can go by and you pick up right where you left off.

One thought on “Coffee with Erin”