Since my visit to Union Station in Kansas City, I’ve had a hankering for a long train ride, and when I found out that Amtrak could get me to Austin for the Dance/USA conference for less than the cost of a plane ticket I decided to go for it.

At one point in history, the train was THE way to get there, wherever there is, and aside from the extra leg room, for me, it’s a blast to get a taste of what life was like before planes became an accessible way to travel. Our country is littered with magnificent buildings posing as train stations, and despite my home city’s inability to use Union Station efficiently, departing for a long ride from there transports you to a classier time before neck pillows and body scanners.

To be fair, train travel is probably not for everyone. It takes a really long time; had I flown to Austin, I could have been poolside at the Radisson before the Texas Eagle rolled into St. Louis. But my 28+ hour journey to Austin was way more pleasant than any amount of time I’ve spent on a plane; I’d even venture to call my time aboard the train transformative.

Whether you opt for a long distance train ride out of fear of flying, a desire to evade the TSA line, money, environmental impact, or, like me, an incessant need to connect with your inner Laura Ingalls Wilder, I can now share a few pro-tips based on the wins and losses I experienced on my first attempt.

Here are a few of my favorite moments from the journey between Chicago and Austin: 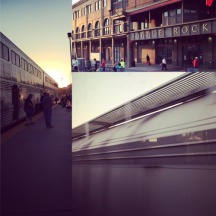 Favorite stop in Texarkana on the AR/TX border 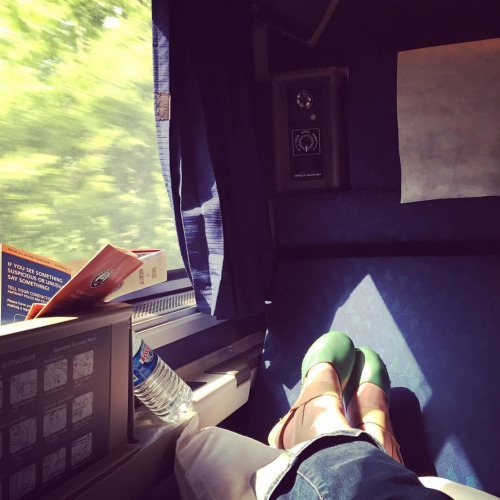 Chillin’ in the sleeper car.

One thought on “An Amtrak Adventure: Chicago to Austin by train”