for about four days.

I’m not particularly Catholic, so I’m not too concerned that this mistake will lead to eternal damnation (but then again, what do I know??).  However, I’m disappointed that I made a promise to the blogosphere that I didn’t keep.  So, are we ok?  Can we look past this?  I’ll try harder next time.

The thing is, I’ve been on this “lifestyle change” for awhile now – following the Weight Watchers plan and *almost* completely eliminating alcohol intake.  Diet cola is one of those little tricks that fills my belly, replaces, say, truffles, and feeds my serious caffeine addiction.

So, I’m actually not that disappointed because the past month has been one of the most successful at following “the plan”.

But, I’ll leave it to you to tell me: is diet soda doing more harm than good?  While it might be helping me in my quest for a waistline, I also have serious concerns that chemicals like aspartame cause nasty diseases.

What’s your opinion? Do I can the can?

Lent is perfectly placed in the calendar… just enough time has passed to falter on New Years resolutions and people need an excuse to regain focus.  As for me, I feel pretty good about my New Years resolutions: in 2013 I’m looking to meet more deadlines, find space, and drink more tea.

For the most part, I’m keeping my end of the bargain, but I’ve also been itching to take it to the next level.

You see, I’ve been on a diet for a few months.  Let’s call it “Weight Watchers” (because it is).  I didn’t add anything food related to this year’s resolutions because, frankly, I know better.  This is my third attempt with Weight Watchers and it’s taken awhile stick.  But now that I’ve embraced the plan it’s starting to work.  Overall the thing I’ve benefitted from with Weight Watchers is a renewed mindfulness toward what goes into my face.  The problem is, I’m not losing much weight.

Maybe this should concern me more than it does…

Part of my ambivalence has to do with realizing that I abolished the plan and joyfully gained weight over the holidays. So after four careful weeks on plan I’m now about where I started.  The other part is: my pants fit better.  I actually feel as though my body is lighter and leaner even though it’s not reflected on the scale.  Given my past piss-poor relationship with food, I consider my laissez faire attitude a huge victory.  Every shred of my intelligence about food and fitness tells me I’m on the right path, and that it’s not about the numbers, but about the overall lifestyle.  Still, it’s frustrating to not see much in the way of tangible results.

So I think it’s time to take it up a notch.  By notch, I don’t mean a juice cleanse or joining The Biggest Loser, I mean Lent.

Having mastered the vending machine last year, I decided that I was up for another 60-day challenge.  What better excuse to deprive yourself of superfluous indulgences than Lent?

Disclosure: I made a not-so-public pledge at New Years to dramatically reduce my consumption of alcohol.  I was drinking enough that my energy levels were consistently low, as was my motivation and zeal for life.  Plus, I’m pretty sure I’ve pegged alcohol in causing my waist to rapidly disappear over the past year.  I made a promise to myself that I was going to cut back, and I did.  I’ve gone from 1-2 drinks a day to 1-2 drinks a week.

Long story short, it’s working, my waist is shrinking, but unfortunately I replaced one vice with another: caffeine

Give up coffee? Are you kidding me? Not a chance.

A caffeine boost that I can drink after 4pm and get away with.

I’m giving it all up.

This will, I imagine, save me a boat load of money and dramatically lower my consumption of caffeine and chemicals.  The replacement: tea, which promotes adherence to one of my three resolutions… win win.

There’s one more goal I’ve added to the pile for 2013, but you’ll have to wait until the next post for the big reveal.  Here’s a hint: it involves padded shorts.  See you on Wednesday! 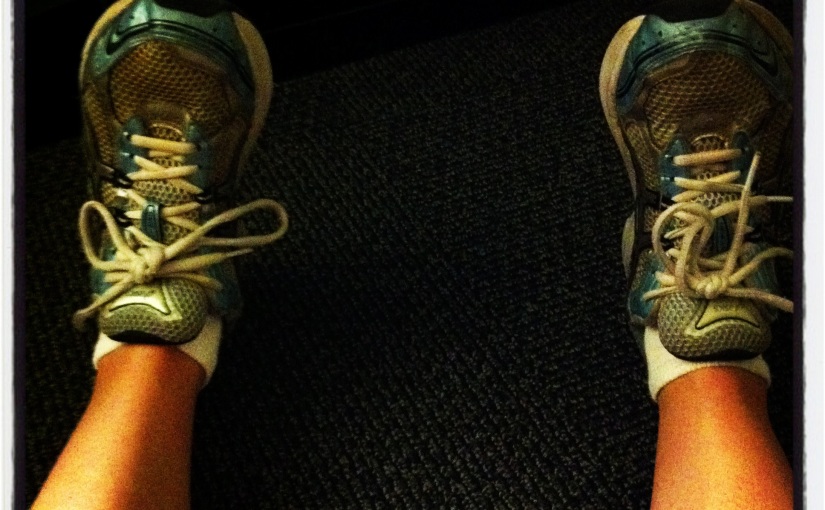 Since starting my diet, I’ve had minimal success, waning motivation, and a bucket of Halloween candy.  Even so, I’ve still managed to stay (relatively) honest on Weight Watchers and lose a couple of pounds.

Today I’m kicking it up a notch.  A former student of mine is studying to be a personal trainer and he agreed to train me two days a week (the poor fool).  Training someone who lacks motivation is hard.  Training someone who is older than you, your former teacher, also a trainer, and lacks motivation is crazy.  And, for my part, incredibly humbling.

Thanks, Alex. I hope you know what you’ve gotten yourself into…

I have to say, though, I’m really excited to have some dedicated time to me.  When you spend as many hours a week in a gym as I do, it can be hard to get there again and push yourself… even with all the knowledge and resources imaginable at your fingertips.  The times in my life when I’ve been able to afford a trainer were awesome, and this trial run will, I hope, motivate me to prioritize my own health and fitness as much as I do my students’.  When I look back on this moment, with those pesky 15 pounds gone, I’m sure it will be worth it. 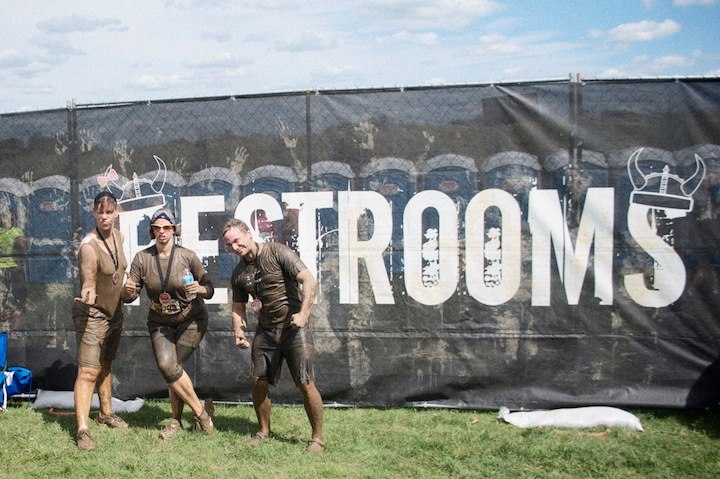 For the most part, I eat healthy foods and I’m an active person.  My day job requires that I teach nearly 18 hours of fitness a week.  I particpate in extra curricular fitness events.  I eat well, and have fresh fruits and veg every day.  Although I’m fairly confident of my ninja status among my students and peers, I still struggle with my weight from time to time.

I’ve been feeling a few pounds creep on here and there over the past four or five months, and I’d like to nip it in the bud while my pants still fit…

…and before I hit the beach this Christmas.

So, I’m resorting to an old standby and have picked up a(nother) subscription to Weight Watchers online.  This is my third or perhaps fourth attempt with WW, and I’ve always been successful.  You see, I know the right foods to eat, I just eat too much of them.  In an effort to hold myself accountable, I’m laying myself out for all you creafty readers to see.

I’m going on a diet.

Or, a lifestyle change – whatever.